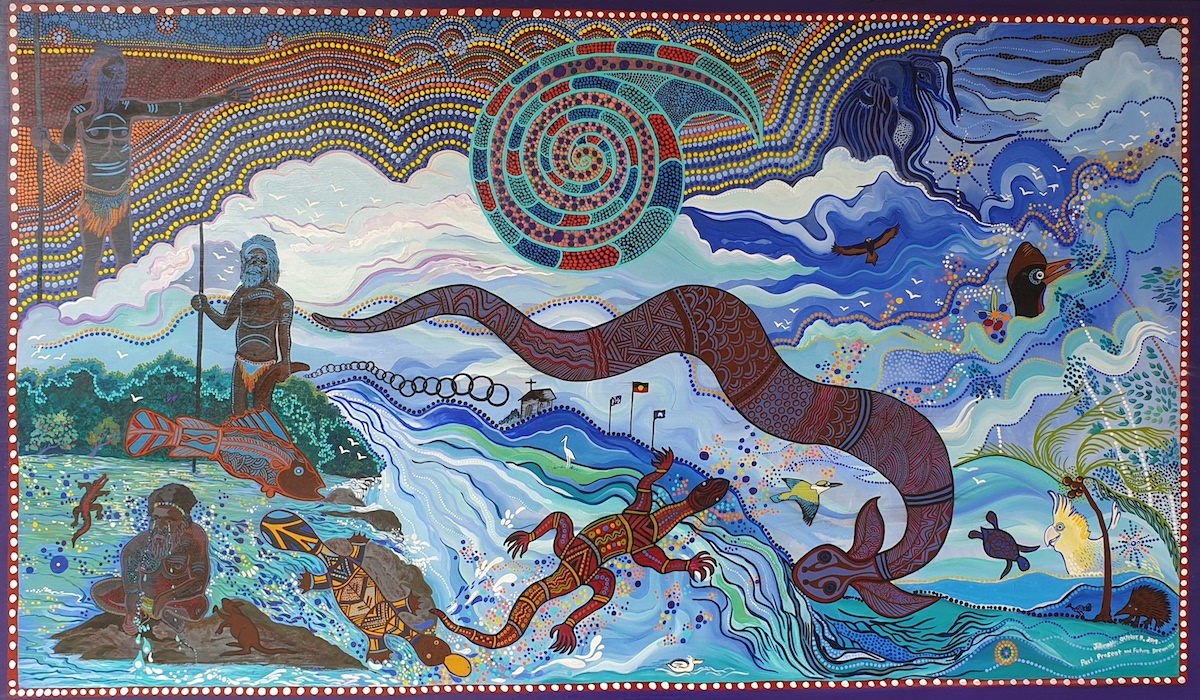 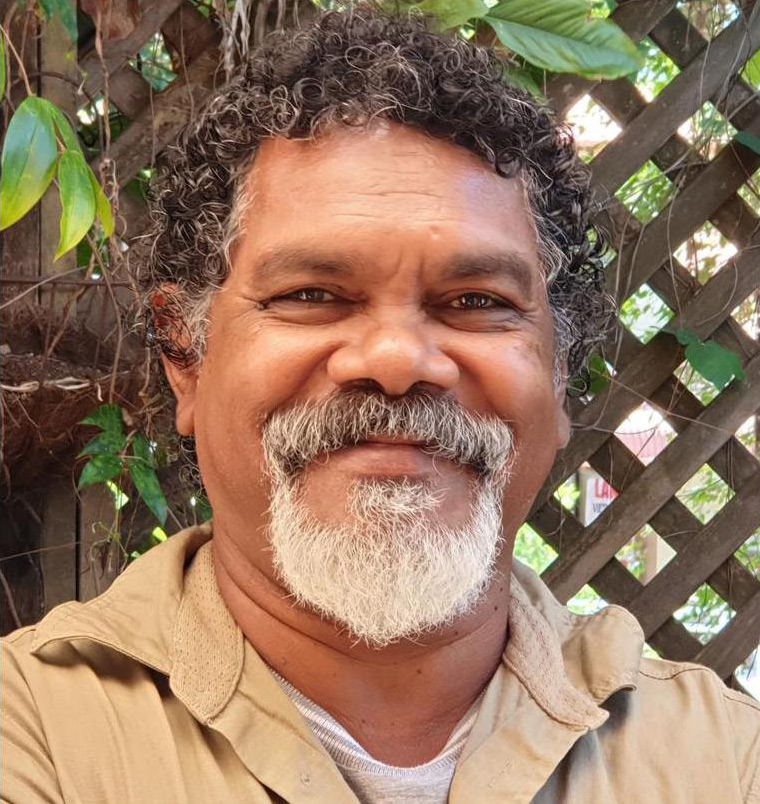 Showing all 6 results, including child brands

George Norman Riley born 1964 spent most of his life along the Barron River, a place called Kowrowa. After the primary school in Kuranda and High school in Cairns he studied Art and Craft at TAFE in Cairns, followed studying visual art at the Deakin university in Geelong.

Growing up along the Barron River (Bunna Warru), George was inspired to paint by watching and learning from family members. He already started sketching and painting at the primary school where he realised he had the passion for it.

George’s dreaming is the wind, fire and water. The dingo dreaming is from his father’s side. His tribal name is Walagunji and Jillimablu, which means Owl. He prefer to use his name Jillimablu when signing his paintings. His name Jillimablu comes from is great great grandmother, queen Maggie Donahue (Nuwarri Pretty flower) of the Djabugay Tribe.

George supplies through various galleries in Melbourne, Brisbane, Cairns, Kuranda and many private collectors both national and international. One of the large and fantastic work he did was the the design and painting of the historic Cairns-Kuranda Scenic train.

George reside now in Mona Mona at Kuranda Tropical North Queensland. He spend his time painting and work with the local community group, passing on his knowledge of the Djabugay culture and surrounding native country.

Filters
Close
Categories
Artist
Ruane Manning
George Riley
Hayley Gillespie
Howard William Steer
Judy Prosser
Melanie Hava
Renato Casaro
Wendy Binks
Price
Status
Close My Cart
Close Wishlist
Recently Viewed Close
Close
Close
Navigation
Categories
We use cookies on our website to give you the most relevant experience by remembering your preferences and repeat visits. By clicking “Accept All”, you consent to the use of ALL the cookies. However, you may visit "Cookie Settings" to provide a controlled consent.
Cookie SettingsAccept All
Manage consent

This website uses cookies to improve your experience while you navigate through the website. Out of these, the cookies that are categorized as necessary are stored on your browser as they are essential for the working of basic functionalities of the website. We also use third-party cookies that help us analyze and understand how you use this website. These cookies will be stored in your browser only with your consent. You also have the option to opt-out of these cookies. But opting out of some of these cookies may affect your browsing experience.
Necessary Always Enabled
Necessary cookies are absolutely essential for the website to function properly. These cookies ensure basic functionalities and security features of the website, anonymously.
Functional
Functional cookies help to perform certain functionalities like sharing the content of the website on social media platforms, collect feedbacks, and other third-party features.
Performance
Performance cookies are used to understand and analyze the key performance indexes of the website which helps in delivering a better user experience for the visitors.
Analytics
Analytical cookies are used to understand how visitors interact with the website. These cookies help provide information on metrics the number of visitors, bounce rate, traffic source, etc.
Advertisement
Advertisement cookies are used to provide visitors with relevant ads and marketing campaigns. These cookies track visitors across websites and collect information to provide customized ads.
Others
Other uncategorized cookies are those that are being analyzed and have not been classified into a category as yet.
SAVE & ACCEPT
Newsletter

Be the first to know about our new arrivals and receive 15% off when joining!